In mid-July 2017, BEEHIVE partners got together for the second time since the project start in late 2016. The meeting was hosted by the University of Indonesia in Depok and tool place in the period of 17th – 20th July 2017. As usual, the four-day meeting agenda included panels and discussions dedicated to issues of project management, quality and dissemination. In addition, the partners took part in a three-day workshop entitled Towards the Entrepreneurial University. The latter was dedicated to the elaboration and publication of two National Benchmarking Reports, one for Indonesia and a second one for the Philippines. During the workshop the partners from the two Partner Countries involved reported on the results of data collection in Work Package 2. It was concluded that the BEEHIVE partners in both countries had managed to reach out to by far more universities that originally planned (27 in the Philippines and 22 in Indonesia versus 15 per Partner Country). During the workshop, the partners took advantage of the opportunity to work face-to-face and to discuss in details the reports structure, design, future promotion and dissemination. 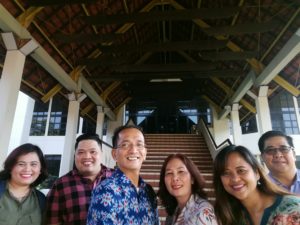